Dwight and Joanne Tomkins live and work full time in the eastern mountains of Honduras in a town called Catacamas. The Tomkinses first started making summer mission trips to Honduras in 1996 to work at Baxter Institute in the capital city of Tegucigalpa, and moved to Catacamas in May, 2008. They are not in Honduras as preachers, nor as full time evangelists, but rather as workers for the Lord in whatever capacity He calls them to assist with the building up of the churches and their members. For example:

It would be impossible to say how the Tomkinses will minister in Honduras from day to day because the needs and opportunities are always changing – just as they are for those serving God’s saints in the U.S.A. The connection between the Tomkinses and the Raleigh Church of Christ came about through a chance meeting in the Tegucigalpa airport. Because of the proximity to Project Amacuapa, Mac Safley kept in touch with the Dwight and Joanne. In 2012, the elders of the Raleigh Church of Christ assumed spiritual oversight for the Tomkinses’ ministry “The Least of These – Honduras,” formerly provided by the Maple Hill congregation in Lebanon, TN.

Catacamas is a city of 81,000 residents in the Olancho Department of Honduras, the same department as Amacuapa. It is accessible by mostly paved roads from Tegucigalpa, a journey of 130 miles. Amacuapa is about 45 miles from Catacamas by road.

Recent newsletters from Brother Tomkins describing the work in Catacamas:

Older newsletters may be found below.

In order to receive financial support for their ministry, the Tomkinses have formed an association with 501(c)(3) status. The purpose of the association is to issue tax-deductible receipts for equipment and financial donations. The mailing address is:
The Least of These – Honduras
3806 Turkey Meadow Ct.
College Station, TX 77845 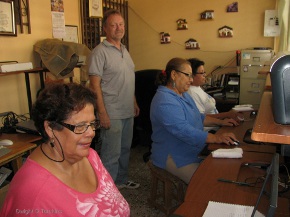 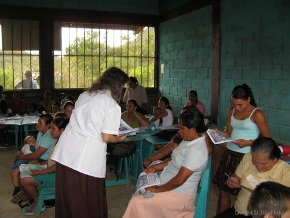