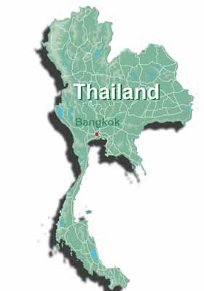 The Chiang Mai area of Thailand is home to a missionary outreach of the Lord’s church that has diligently spread the Gospel throughout North and Central Thailand for decades. Several congregations have grown out of this work, and a Preacher Training program equips men to spread the Word even further and to serve these congregations.
The work dates back to 1961 when Brother Dorsey Traw visited the region and committed his life’s work to spreading the gospel throughout Thailand. Brother Traw’s daughter and family are members of our congregation.
The Raleigh Church of Christ is one of many congregations that provide support to the Traws’ mission work. Funding for this great work is coordinated by the West Huntsville Church of Christ in Huntsville, Alabama.

Chiang Mai is the largest city in Northern Thailand, and is the capital of the Chiang Mai Province. The city was founded in 1296, and was originally call LAN-NA-THAI, meaning “Kingdom of a Million Rice Fields.” Its roots in the past are still seen in the old city center and 300 temples, attracting more than a million visitors per year. Yet it is also a modern city with 150,000 residents.

Here are some newsletters from Brother Traw describing the work in Thailand: